Answers to all of your Aircraft Communications questions 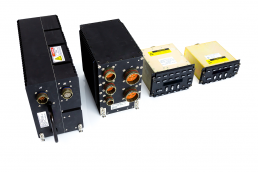 What is SCI’s experience level with aircraft intercommunications?

We’ve been in the aircraft intercommunications business since the late 1970s, delivering products for the F-15, AV-8B, F-16, F/A-18, V-22, C-130 and C-27 aircraft. We developed the first digital intercom for the AH-64D Apache, as well as the first-generation FireComm® for the AH-64E. Our current system, the second-generation FireComm, offers instant and clear communications between all connected users aboard an aircraft platform.

No, none of our products currently require forced-air cooling. This allows us to offer our customers a clear SWaP-C advantage.

Does SCI have the capability to perform full qualification testing?